The company’s history in Mount Dora, dates back to 1925. That year, the agency, which eventually became Merrill Insurance Group Inc., was established as Sadler-Simpson, an insurance/real estate office, by Sam Sadler and Jack Simpson. The office later became Simpson-Waite, Inc., owned by Jack Simpson and Ed Waite. During the 1960s, James E. Simpson joined the partnership. After buying out the partners, he changed the name to James Simpson, Inc., in 1969.

Why do business with Merrill Insurance Group?

Unlike a captive, or direct insurance company who only offers their own proprietary products, our agency is 100% independent of any one company. Many insurance consumers don’t fully understand just how important that really is.

When it comes to something as important as insurance, it’s imperative that you work with an agency who has an in-depth knowledge of multiple insurance products, companies, and guidelines — not just one.

At the end of the day, what separates one agent from another, is their ability to proactively service their policy holders, and their knowledge of the insurance industry, products, and different situations that may present themselves to their clients.

Independent Agent Vs. The Rest

Here is a quick comparison of the differences between an independent agency like us, and the various other types of companies that are out there: 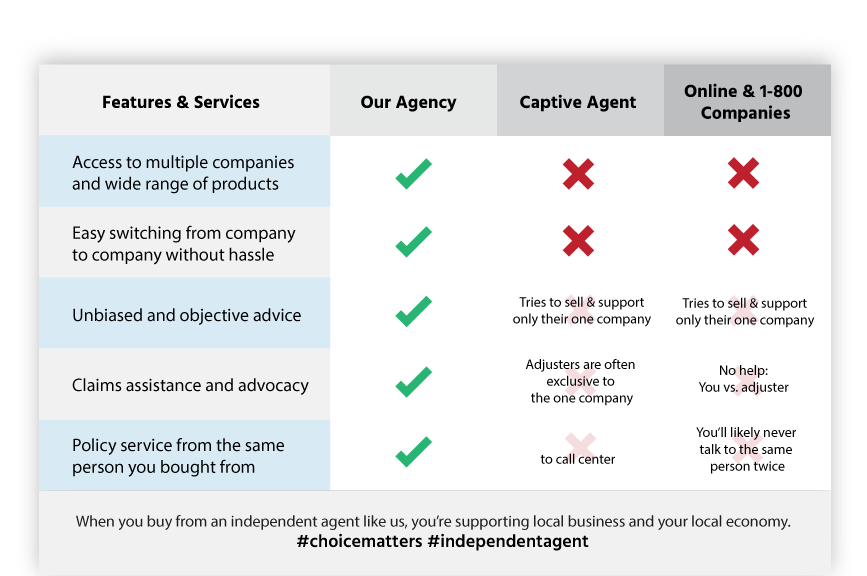 Are you ready to save time, aggravation, and money? The team at Merrill Insurance is here and ready to make the process as painless as possible. We look forward to meeting you!